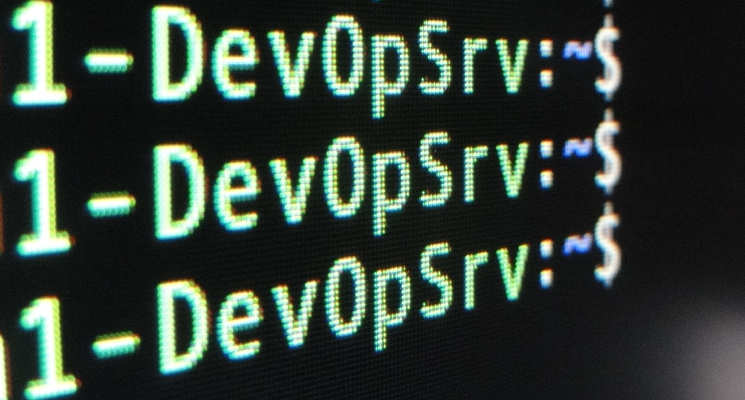 This page will be the central hub for all things BASH. I usually post little tidbits that I’ve found  that are useful, neat, cleaver or all of the above.

I usually find these snippets by searching for a certain Bash function syntax for a script I may be writing. More often than not I usually come across a new function or method that I want to remember.

This page will be used to keep track of all of those little tips, tricks and scripts that I come across and hopefully also present in a organized manner.

Lets Start with Some Reference Sources:

Here are some useful web resources that you may find useful.

My Current aliases in ~/.bashrc:

These are the aliases I set up in my ~/.bashrc file. TODO: look into the notify-send command.

I ran into an issue with 'unary operator expected' in one of my if statements. This tip came in handy to understand what I was doing wrong:

Otherwise, when $1 is completely empty, your test becomes:

...and != is not a unary operator (that is, one capable of taking only a single argument).

I found the special Bsah variable table below at the following site: Bash Scripting Tutorial - Variables - This page contained helpful information on Bash Variable with descriptions and examples. It's worth checking out.

There are a few other variables that the system sets for you to use as well.

If you type the command env on the command line you will see a listing of other variables which you may also refer to.

The following tips were originally found at: sudo echo Does Not Work Together in Ubuntu - Another Waste of Time Issue - Page has info on using echo with sudo privileges.

Sometimes, you need to deal with a really time-wasting issue. I think it
happens even more often if you work in the IT industry. You know the
resolution must be simple, but all your attempts failed. So you try to
search the web, looking for a plain sentence that will lead you out of
that mess...

If you want to write some text to a file that needs a root privileges, you do it this way:

or (updated after reading discussion below):

If you just want to append some text, you do it this way:

or (updated after reading discussion below):

Why some lines in BASH history become '*'

I use the history command a bunch with Bash, especially with grep. One, my memory ain't what it used to be and two, my younger self wouldn't even be able to rember some of these commands because of the syntax & length.

There's a reason we have these tools available to us.

With the history command however, I noticed that certain commands I entered had asterisk (*) next to them and wondered what that meant.

In an unusual fashion, the man page 'man history' did not contain info about the '*'. The help command 'history --help' did shed some light on the situation.:

Display the history list with line numbers, prefixing each modified
entry with a `*'. An argument of N lists only the last N entries.

To understand this a little better, I did a quick search and found this post: Why Some Lines in Bash History Become Asterisk - StackOverflow.com - Which basically states that if you hit the [UP ARROW] to display the previous command, change it in some way, then without hitting [ENTER], press the [DOWN ARROW] to return to the last prompt and run the history command, the history will now show an asterisk (*) in front of the previous command.

I find this helpful when I enter a command in wrong, whether it's a mis-key, syntax error or just plain stupidity, I like to modify the commands I entered incorrectly so I don't won't find my self running them again.

In the past, if I had a long command that I new I ran not too long ago, I'll hit the [UP ARROW] repeatedly until the command appears. The issue I've ran into is that the error rate and the command length are directly correlated. So if I mis-typed a command and left it in the history, the next time I need to use it and scroll back through the history, I often forget, and overlook the fact that I entered the command wrong at one point & wouldn't you know its my luck to always pick that command to run.

When I scroll through the history to run a command to help prevent me from these mis-key errors and end up picking the original command I mis-typed to execute...well, it's dumb and it pisses me off.

What I've been trying to get in the habit of doing is modifying the mis-typed commands so they are the correct syntax, then with out hitting [ENTER], I scroll down to the last command and usually execute something simple list a 'ls' command so the modified command gets saved into the history.

The reason this is necessary is because if you hit [ENTER] after fixing the command syntax, that command would be saved as the most recent line in the history and the line with the error will remain.

I've included a animated gif to show as an example:

This section has some examples of input redirection.

With Bash being a dynamically typed language, explicitly setting variables to be either an integer or string has tripped me up a couple times. Below is a list of some examples found at: stackoverflow - Comparing The Integer Using If Condition in Bash Scripts -The post below is the first time I saw someone use '=' '<' and '>' symbols for comparison operators.

Also, for catching the output of a command and put inside of a variable use:

Therefore, the first line would be:

In BASH, there can be no spaces between the equal symbol, the name of the variable and the assigned value.

Finally, for comparing integers use double parenthesis and variables without '$' to make the comparison, instead double brackets.

You can use for comparing:

The following example is from: askubuntu.com - Bash Script Store curl Output in Variable Then Format Against String in

However unless you want to use curl's output multiple times you may just use a pipe:

<<< is a form of input redirection called "here string"; it redirects the STDIN of a command from the terminal to a string.

What happens here is that $var is expanded between the double quotes; the STDIN of the AWK command is redirected from the terminal to the expanded string and AWK consequently reads the string as its input file.

Bash Shared Function - This page has a Bash script with lots of useful functions. Definitely worth checking out.

I found this command on stack overflow How to Build an If Condition in Shell to Check Whether curl Succeeded:

As Charles suggested, you can further simplify this with --fail option, as long as you are looking for a success or failure:

Here is a link to some more curl resources